Things not to do:

1. Don't tug on Superman's cape
2. Don't spit into the wind
3. Don't pull the mask off the old Lone Ranger
4. Don't mess around with Slim

This has been the week of nausea. Here I am, at 3:30am, finishing off a bowl of yogurt in hopes that it will settle my stomach so I can sleep. So far no luck I think Monday I will break down and call Dr Becher and see about the anti-nausea drugs she mentioned. I hate nausea almost as much as I hate twitching, and I will do almost anything to not throw up.

So far I am not being successful in dealing with this.

Saturday we had the work party here. I draped a cotehardie pattern for Liadan and cut out a bunch of stuff for Helena. Then I made pizza while Wanda helped Cat with her bodice. Too many hours on my feet- it was pretty exciting when I finally got my shoes off.

I spent the rest of the week not really getting much done but sleeping, except for printing out a pile of pool info for the other ladies at the pool--

This was the last week at the pool. Pretty depressing. I think I'm going to check into the Providence program further, but probably not until after I get home from---

New York! Yup, I'm going to see Annie, the 4th thru the 8th of May. Looking forward to goofing off, maybe eating pie, seeing some museums, visitng people, and maybe eating some pie... and did I mention pie?

I've seen the new Harry Potter trailer several times- looks like the sixth movie is going to be really good. And I've also seen some shots from on-location shoots for the first part of the seventh movie- so far, so good! The dress that they have Hermione wear for Bill and Fleur's wedding is really nice. I want one!

Off for another try at the sleeping thing...
Posted by Liutgard at 3:34 AM No comments:

Wish I had some of that Instant Pain Annihilator, but I would bet that it's components are no longer legal, and I'm too cheap to buy them on the street. So I guess it's another handful of ibuprofen.

So what's been up lately? Not much. I picked up another ILL today- chronicles from the reigns of Stephen through Richard I. However, they didn't arrive in the facing-page translation I wanted- the library said there wasn't a copy in the system. Grr. And yes, my Latin skillz are feeble, but I know enough to poke through the period I'm looking at, and see that what I need to know isn't there. ARGH!

However, the last two ILL requests came in right, in translation, and I took them down to the local cheap copy place (5 cents a page still!) and copied them and put them in ring-binders. So I now have a copy of the _Gesta Normannorum Ducem_ And the _Gesta Stephani_. They're a little earlier than the time period I'm looking for, but way cool sources nonetheless.

I'm planning to go see Annie the first week in May- really looking forward to it and hoping she'll make some pie for me, since she's gotten so famous for it. Hoping to get to see the Cloisters, and the Met. And maybe eat lunch at one of the famed street vendors. :-) And I'll get to see her nifty rent-controlled apartment, and hassle the Iso kitty!

The big bad news is that the pool I've been going to is closing, a week from Monday. They are having financial problems keeping it open, especially now since the babies' classes have left, and apparently it needs some renovation to keep up with operating requirements. Don't know if/where we're going to go somewhere else- I found some stuff on line about the Arthritis Foundation's pool programs, I need to make some phone calls and check out the various locations here in town.

Larry found a new job, but the scheduling really sucks, and he's not very happy. But in the economy, maybe happy isn't as important as it once was. But we don't get to see him very often, which is a pain.

Been alternating laughing my head off and being really cheezed at the protests this week. Allegedly a tax protest, somehow there was an awful lot of really icky anti-Obama signs, which made it look like a bunch of sore losers rather than grumpy taxpayers. And the funny thing is, they aren't paying attention to _reality_ (as usual) because 95% of us are getting a tax cut! So why are they protesting? Well, it might be related to this (which I posted on Facebook earlier today): in the Eugene paper- "The Springfield rally was one of 20 held around the state by the national anti-tax group Americans for Prosperity, which is run by the owners of Koch Industries, the largest privately owned business in the United States." This isn't grass-roots- this is astroturf. By Big Business. And Fox News.

The reason to laugh at them? Because they fancy themselves a modern-day 'Boston Tea Party', and have been calling themselves 'tea-baggers'. And if you look up the term 'tea-baggers' in the Urban Dictionary (http://www.urbandictionary.com/define.php?term=teabagger ) you'll see why. (Not Safe For Work!)

Of course, when pressed, most of them will insist that the protest is non-partisan, and that they were angry at the taxes and spending under the Bush Administration too. To which I have to say: "Where were you last year?"
Posted by Liutgard at 12:42 AM 4 comments: 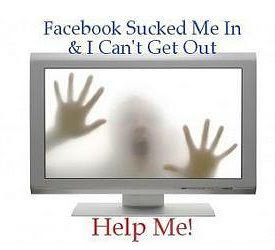 I always swore I wouldn't get into the social-networking sites, because they're a time sink and I don't need that.

I'm up to 61 'friends' now, friends, family, etc. And spending too much time reading and commenting and taking silly quizzes. How can it be that 'What Looney Tunes character are you?' turns out to be Daffy Duck (woo-hoo!) but 'What Muppet are you?' was Sam Eagle? (Even Karl and Linda said I was definitely Sam Eagle. Pout.)

In other news, the pool was c-c-c-c-old Weds and those of us who stayed only lasted about 40 minutes. And the locker room was cold too, which is in the 'insult-on-injury' range for me. I came home and went back to bed just to get warm. And it's been cold and rainy a lot the past couple of weeks, which makes it even easier to pull the covers over my head.

A little more than a week until Lent is over. I can hardly wait. Think I'll celebrate at Burgerville.
Posted by Liutgard at 3:36 PM No comments: