Ok, the scary part is over, but my knuckles are still white. James and I (with Vanyev in the back seat) went to Coronet last Saturday. The event was nice, a fellow named Brogan from Corvaria won, beating Alail in three. Their Majesties were there and gave out quite a few awards, and got lots of cool-looking gifties. The A&S displays were pretty keen (Brizio rocks!) and there were plenty of people to chat with. A nice day all around.

But then we tried to go home...

First off, a flat tire. About 8 miles out of Klamath Falls, there was a FFFFSSSHSHH!!! followed by DUDUDUDUDUDUDUDUD. I managed to pull over into what appeared to be the only wide spot on the shoulder for some distance. There was some interesting rummaging around digging out the spare, the jack, and the lug wrench, but they were all located, and James had the spare on in record time. (And mind you, it was sleeting the whole time.) But it was Veeeeeery Loooooow. Too low to risk limping back into town. So we called AAA, and they came out and put air in it, and we were good to go. Or so we thought.

Less than ten minutes later the sleet turned to snow, and almost immediately we were in near whiteout conditions. At this point I was VERY glad that we'd chosen to go back over hwy 140 instead of 66. 140 is a little longer, but mostly straight. 66 is hairpin turns the whole way. Of course, it was quickly a case of 'I don't care how straight it is, it's still scary!' It was dark, and the snow was soming down really thickly, and the glare from the headlights was pretty bad. And there was enough snow on the road that I could not see the lines. Vanyev could sort of see the fog line from where he was sitting, and I could sort of find the center line if I squinted. So we crept over the hill at 20-25mph. It took forever. We finally got over the ridge and down to the other side, where it was clear and dry. Got back in to Ashland about 11 oclock.

I've never had a drive that frightening, and I hope I never have to do it again!

That was the exciting part of the last week. James and I are spending most of spring break goofing off, though he's been doing some work on church business. Today was the Feast of the Annuniciation, so we went to Kennedy School for dinner. I'm feeling very round at the moment!
Posted by Liutgard at 9:44 PM 2 comments:

Went to a little event today-

At a castle up in the Columbia Gorge! There's a canton forming out in Hood River, and they held a little potluck at Husum Castle. An interesting place- kinda small (very small with the number of small children in attendance!), but cool! We were using one room on the main floor, and the kitchen. The stairs were scary tiny, circular stairs set into the walls. The windows were all 'gothic' shaped, and the doors all had the rounded tops. Wood floors, and a nice wide hearth. There was a deck just off of the main room, and it had a lovely view of a river. Was quite pretty.

I was smart and brought my own food, which was good because there wasn't much one could eat on a Lenten fast- just a glazed carrot dish and the Canisiones (pastry rolled up with ground almonds, sugar, and rosewater inside) that I brought. But it looked like everyone else got enough to eat and they were happy.

They had several bardic presentations, including a little kid who read a (sanitized) version of Sir Gawain and the Green Knight. I left earlier than I'd planned (had a BAD headache) but it seemed that everyone was still having a good time.

Had some trouble driving home- the levo-dopa wore off and my legs started doing their thing. Very hard to drive that way. I was really glad to get home and get some drugs!

This week I'm hoping to get some more work done on Elfreda's gown, before I leave Thursday. And I have to remember to clean out the car before then, as we have a passenger (Vanyev) on the way to Coronet. Somehow I don't think he would care to ride with my trash collection. :-)
Posted by Liutgard at 9:16 PM No comments: 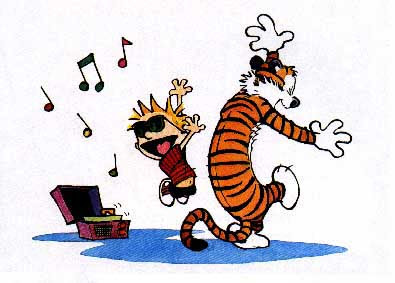 I just got back from the library, where I picked up my latest ILL:

_Gesta Normannorum_- chronicles of the 11th and 12th century by William of Jumiges, Orderic Vitalis, and Robert of Torigny-

My pitiful lack of Latin skillz will no longer hold me back (in this place at least) ! I may finally be able to find out where Henry Plantagenet was in August and September of 1154, and what he was up to!

Can we say Kinko's? Yes, we can! (Actually, probably my favorite local copy guy- he's cheaper than Kinko's.)

I may finally be able to move on and get the research and writing going again! Yay!

And I had a German Pancake with blueberries and raspberry couleé for breakfast. Yummy! I like feast days...

FAIL! AARRGHH! The Chronicle ends just before the time period I need! There's got to be more somewhere, but not in this copy! I am SOOOOOOOO frustrated!
Posted by Liutgard at 4:04 PM 3 comments:

Still having serious problems with the restless legs problem- and not just at night. It's plaguing me during the day, too, which is very annoying. The Rx that Dr Becher gave me does quiet it down- for four or five hours. And when I take it during the day, the nausea and light-headedness are a real problem. So I made an appt to see her again (first opening is next Weds. Bah!) and I guess we'll go from there. In the meantime, I'm sleeping erratically and pretty cranky. * sigh * But I got weighed today and supposedly lost just a smidgen of weight. Just not enough.

Let's see, what else... Judith (Claire) has moved most of her stuff into the basement, but she is also house-sitting for someone else so she isn't actually here at the moment. I haven't been down to see the basement yet, but we expect to be re-arranging stuff for awhile, mostly so she can live while I can still get to the stuff I need.

Annie and I are thinking about my visiting her sometime this spring, maybe May or June. The weather is pretty nice then and it's not really high tourist season yet. Something to think about in the next month or so.

I have sewing to do much I'm not feeling up to crawlin gupstairs to work just now. I really need a nap, but guess why I'm not sleeping? When I'm a bit more awake, maybe I'll get moving. I got Elfreda's gown cut out the other day and it should run up fairly quickly once I get started.

Think I'll give the nap thing another try...
Posted by Liutgard at 5:06 PM No comments: