My answer to prejudice. 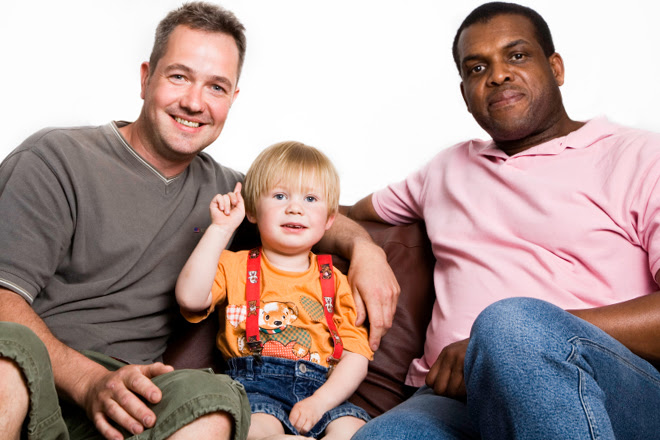 So I have something to get off my chest.
It's my observation that it is a lot easier to fear and even vilify something and someone if you don't know them. Most of the fear of the dark closet at night is the unknown. When you don't know what might jump out and getcha, you're more likely to hang on to something to strike back with.

I grew up mostly in small town, and then rural area. There weren't any minorities, except for one Native American family at my middle school. I'm not sure that I'd even met a black person until my Aunt Verva married a man who was part black. There were a handful of Asian kids at my high school, remnants of the Japanese families who farmed in the valley. For the most part, I went to lily white schools. The year I spent in Hawaii was a complete shock in many ways. Suddenly there were all these people from all sorts of ethnic backgrounds, and I found that, well, they were just _people_ Humans. Like me.

I never knowingly met any gay people. There were a couple of kids who were 'different' (and one that I knew was gay, how, I don't know, but I knew. He's here on my FB and I love him dearly), and lots of talk went around, but given how often 'gay' was used just as an epithet, I have no real idea if any of them actually were gay.

In the churches I attended, fire and brimstone coated any talk about gays. When I was a kid, I had no idea what or who a homosexual was, but apparently it was BAD, and I should shun them. As an adult it was even worse. Through the 80s, and especially after AIDS became a 'thing' (no thanks to the Reagan administration to trying to hide it for so long), the screaming about the horrible gays hand how they wanted to destroy us all and convert our children, etc et etc got even louder. I was terrified of the gays, and revolted by them.

And then something changed. I found the SCA.

It was a bit like moving to Hawaii, in that suddenly I was in an environment were there were gay people, they were 'out' but not obnoxious, and I got to know them. And found that they were _people_. Humans. Just like me. They didn't have horns and tails. They didn't grab my kids and try to make them gay. They didn't break up my marriage (that fell apart on its own, thank you). They were decent people, just as hardworking as anyone else. They had homes, and jobs, and families. And as I got to know them and befriend them, I found that I wasn't afraid of them. I was no longer revolted. And I learned to love them as I loved the others around me. Several of them are here. (Hi!

Later, I joined the Episcopal Church and found gays in my parish, and in church leadership. They came to worship with the rest of us. They sought to serve and to share in parish life. And they were seeking God the same as I was.

How could I possibly push them aside? Were they not my brothers and sisters?

I'm not afraid of an 'agenda'. Like someone told me, the gay agenda is not taking over our country and converting everyone. They gay agenda is more like "Pick up dry cleaning. Grocery- milk, garlic, hamburger. Do taxes. Fix leak in bathroom sink." No grand conspiracy. They just want lives like the rest of us.

I think that some demystification on a grand scale needs to happen. People need to SEE and know the gays around them, need to see them as _people_, as humans. Need to lose that fear- the fear that leads to terrible actions like the bill in Indiana.

And I think the same of race and religion. We need to meet and learn from people of other races and ethnicities. We need to befriend and learn to care about people from of other religious backgrounds- not to convert them, but to respect them.

None of this will change until we do so.

(My rant about uninvolved, complacent voters is for another day.)
Posted by Liutgard at 12:56 AM No comments: