Yes, I've been watching Doctor Who again. Went through a bunch of the old ones (I think Tom Baker was AWESOME), and then the reboot. I'm down to Tennant's last two episodes, and almost hate to watch them, because I hate to see him go. He was so...  he so caught the spirit of the Doctor. Mercurial- lighthearted one moment, deadly serious the next,ebullient, or deeply introspective...

And damn sexy to boot! I think it's the eyes. And the maniacal grin. (Yes, I'm besotted.)


In other news though, I'm shopping for a new Primary Care Physician. I've been with Judy Becher for 14 years or so, and in general have been happy with her. She's a good doctor in general, a solid GP. The problem is, I'm not ordinary. I think she's out of her depth, dealing with someone who has multiple, interlinked problems, and chronic diseases. She's let things slip that should have been attended to, and stuff happened. For instance, my creatinine levels were elevated for quite some time, and nothing was done- in fact, I didn't even know about it until my rheumatologist said something. Now I have Chronic Kidney Disease. I asked the nephrologist the other day, point blank, if the creatinine levels had been addressed when they first went up, or even as late as a year ago, would I be seeing her now? And she said flatly No.

It turns out my platelet levels have been up, to Bad levels, for quite some time. I'm having weird bruising issues. Trying to get a referral to see a hematologist. So far (ten days after dr visit) nothing is forthcoming. And after a terrifying and weird bleeding incident (I had a hysterectomy 20 years ago- so why was I bleeding?), I was told I'd get a referral to a GYN specialist. Nothing happening there either.

Needless to say, I'm not happy.

I called Care Oregon Monday and asked about how to get a new PCP. Got suggestions and some names to look into. So I get to doctor shop.

I'd much rather just get David Tennant to be my doctor!

So, the new pavilion was built- and turned out great! I was biting my nails as we put in up, but it worked perfectly. I haven't had a chance yet to paint the poles, or add the painted borders, but I will. Then it will look even cooler. 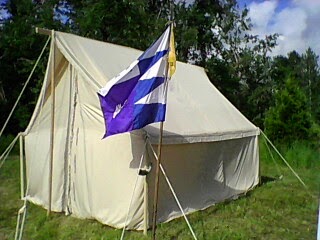 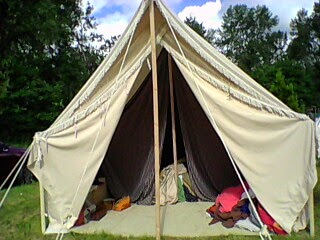 The internal curtain worked well too, though it was a bit dark inside. However, it kept the bed area quite cool,which was really nice. And gave us a tiny bit more privacy.

David and Lydia and the twins came out for a day trip that Saturday. They had a blast- especially the girls, who had a chance to run around in the grass, and chase Tadhg and Morrghan's boys. Sadly, I didn't get pictures.

We had a birthday party for James, who turned 50 on May 16th. I'm having a hard time thinking of him as 50, until I see the silver in his hair (the result of working with middle-schoolers, certainly). And then I look in my mirror...

I'm working on clothes for Ursel, who is being elevated to the Laurel at July Coronation. I'm also doing vigil baths for she and Suvia both. It will be a busy weekend!

Ok, lest you think that all I do is hang out online (I have got to remember the close the Facebook tab instead of leaving it open), I actually have been working. Have stuff going upstairs, when I'm up to moving about. Otherwise, reading, and writing.

No fiction, except for the stories in the New Yorker (just finished the summer fiction issue and my head is in a really weird place). Maybe later in the summer.

In my copious spare time, of course.