A foolish little girl- and another spider!

And another try! Storytime!

Just a test- a couple of stories for the grandkids...
Posted by Liutgard at 4:56 PM 1 comment: 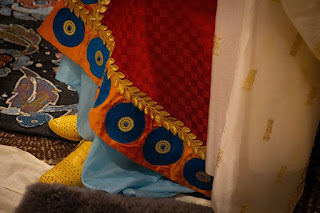 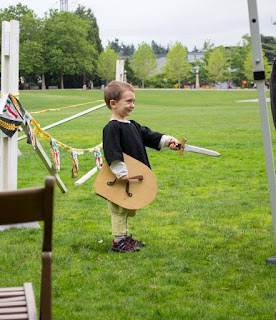 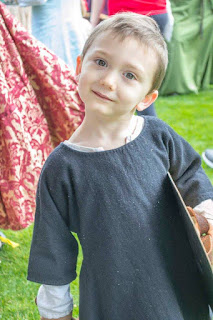 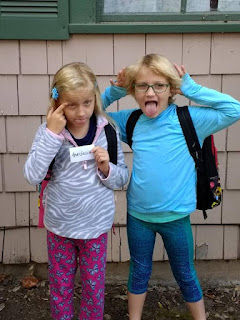 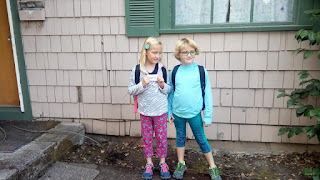 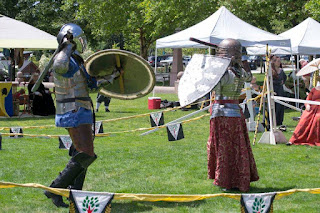 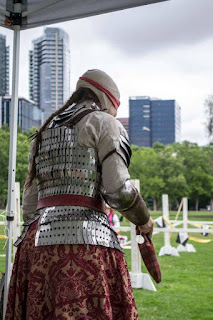 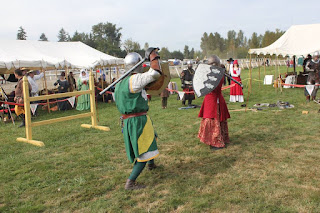 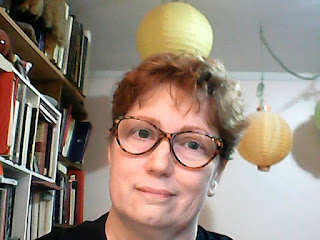 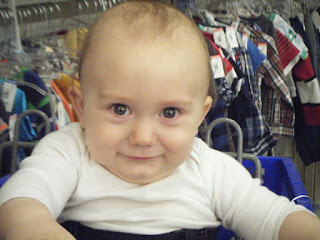 Back in the saddle again...

Well, I find that I haven’t updated this blog in a year now. I really have no excuse- it is my home page, so I see it often. Sometimes I look at it and feel guuuuuuilt about not updating...

In my defense, I’ve had a really rough year. January of 2015 I somehow ruptured a disc in my neck, and I’ve been in a great deal of pain from that. It took more than 8 months to get OHP to approve physical therapy for it. It helped some, and I got some range of motion back in my arm, but the pain is still there. So I have a constant level of grey over me from that.

In April, 2015, I fell down the stairs at church. It looked as though I broke my leg- it was really, really bad. The staff in ER sent off to orthopedics to get ready to set it. Then the x-rays came back. It wasn’t broken after all- but I had a massive periosteal hematoma. I was in a boot for six weeks (missed Egils because of it), and I still have a really ugly mark on my leg, and a big dent. That was not fun.

Also in April, I had my hair cut. A blunt cut, jaw length, and my natural curl makes it pretty cute. And on Sundays, all I have to do is touch it up with the curling iron, and it is fabulous. I got a bunch of fake hair for SCA events, and that looks nice.

I had kind of come to terms with the pain issues on top of the fibromyalgia, when the doctor sent me for a sleep study, because I was having symptoms that might be narcolepsy. So we did the long study- overnight, and then daytime naps. They didn’t find any obstruction or apnea. But they did find that for some odd reason, my oxygen drops when I’m asleep- like, nearly 15 points. So now I'm on supplemental oxygen at night.

So several tests and doctors later- including a lung biopsy, they determined that i have sarcoidosis. It’s another auto-immune disease (as though fibromyalgia wasn’t enough), and they started me on steroids.

Ten weeks later, I was 25 pounds heavier, stretch marks all over (a new thing for me- I didn’t even get them when I was pregnant!), and highly volatile. We took me off of them, and put me on a different drug (which is making my hair fall out).

Some time around Halloween or Thanksgiving or so, I started having headaches. Really bad ones. Different from anything I’ve ever had. Really bad in the morning, and late at night. Enough to make my vision a bit low. And I’ve developed tinnitus, really bad. It’s 24/7, and pretty loud. And I’ve lost some hearing in the right ear.

After several doctors, a CT scan, and an MRI, they think I have Idiopathic Intercranial Hypertension, also known as Pseudotumor Cerebri. We’re still trying to get me in to Neurology (more OHP fu). Next step is likely a spinal tap.

My life just keeps getting harder and harder. And I feel like it’s shrinking, and I’m losing more and more, until now all I have is my computer and my books.
There are some bright spots though. David has been here for a little more than a year, and just before Christmas, Lydia and the girls came up to join him. They weren’t doing well without Daddy. They’re staying in the basement, and it’s not ideal, but they’re together. He has a (hopefully temporary) job right now, but the pay is just above minimum, and they can’t get an apartment on that. He’s putting in a lot of applications, so hopefully something will come up soon.

The girls are a hoot though. We have artwork all over, and they go to the park a lot, and they watch They Might Be Giants kids’ videos on my computer. I introduced them to Harry Potter, so they watch that too. The first two movies, that is. The third and past that are too scary, and we think they’d have nightmares. I made them nice sturdy wands a couple of weeks ago, so now the adults in the house have to pretend to be petrified or fall down or whatever. I got the a planet mobile that is nearly put together- the planets had to be painted, which was messy, but fun.

Politics has me pretty freaked out right now. Trump scares me- a lot. And his supporters even more so. The violence at his events is terrifying. Currently I’m supporting Bernie, but if Hillary wins the nomination, I’ll support her. I’d vote for a yellow dog over any of the current GOP offerings.

Well, this should do for now. Hopefully, I won’t wait another year before updating again!
Posted by Liutgard at 2:51 AM No comments: